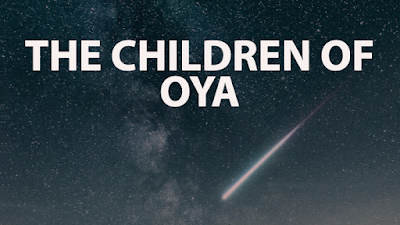 "There is hope for humanity!" I exclaimed to my mate (JB), whose patience is proving to be remarkably resilient as I bang on and on about Dryad, kindle stats, Goodreads, the next book, more ideas I have.. on.. and on... poor thing!  I was very excited though because he told me a comment had been added to the amazon review.  I checked it out and saw a stranger had come to my aid.  My new hero is the anonymous "Kindle Customer" who took the time to call-out the knee-jerk one star reviewer's political comment.  Whoever you are, thank you very much!  I heart Kindle Customer!

Needless to say it's been another roller coaster few days, I had a four star review on Goodreads! The comment left was amazing, and there are a few people who have marked Dryad as 'to read', or 'reading' I'm delighted!  To be honest delighted doesn't do how I felt justice, validated perhaps, maybe even worthy?  I'm definitely not getting carried away though, downloads have tailed off and I won't know how many prime downloads there have been or paperbacks have sold until the end of the month.  But it's wonderful to have had some positivity and provoke discussion! Makes me feel all authory... which is nice.. and worthy of a beardy chin stroke to try and look wise...

And that's the point I guess isn't it?  Putting positivity out there (not beards - although I am enjoying mine).  I feel humbled by the positive comments, goodwill and nice messages.  Also people seem to be genuinely impressed.  Which makes me weirdly uncomfortable.  Dryad has been part of my life, part of me, for the last three years and I always knew I'd publish it, one way or another.  Don't get me wrong, I'm grateful but I think I know the book so well, I know its not ever going to be considered as a great one, or classic SciFi.  I couldn't get away from the aspect of world building and setting up the story for the next two books.  Which btw, I am ridiculously excited about.  I'd like it to be considered as a good book though, because that's what I believe it is.  A good, solid story with plenty of action and a good message with a few hidden 'easter-egg' type things in there for the keen eyed reader (anyone been keen-eyed enough to spot the hidden woman staring up to the stars on the cover?).

It does work though, the positivity I mean.  What I have received has made me feel great but the knock on effect is I've been making more of an effort to put positivity out there too.  I've taken time to message a few people on the FB writing group I'm a member of to contribute to their journey, share ideas and lend support.... there is definitely hope, and not least of all for JB's ears as maybe one day soon I'll let him get a word in!
No comments: